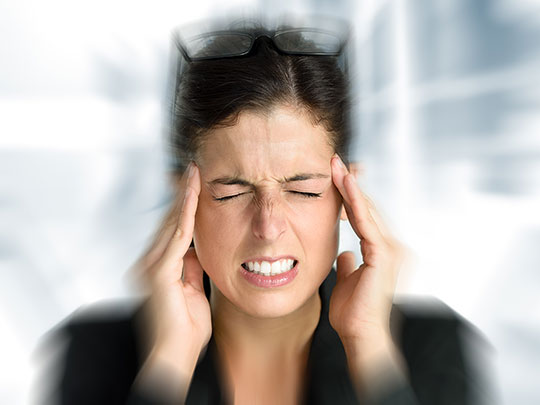 Imagine yourself being so dizzy that you have to crawl on the floor to get to the next room. Picture being so unbalanced on your feet that you can hardly move. Imagine that every time you turn your head, you feel so woozy that you might be sick to your stomach. This is the nightmare of having severe vertigo.

Not to be confused with feeling mildly light headed, vertigo is described as the sensation of the room spinning, a feeling of being tilted, off balance, and disoriented. In severe cases, the dizziness can cause an inability to stand, nausea, vomiting, and even fainting. Symptoms that often accompany vertigo include abnormal eye movements, headache, hearing loss, and even sweating.

Vertigo comes from an upset in your inner ear, also known as your vestibular system, which is responsible for your balance and proprioception (where you are in space). From a Western medical standpoint, conditions that can upset your inner ear include:

The Chinese Medicine Approach to Vertigo

Practitioners of Chinese medicine look at vertigo from a different viewpoint than that of Western medicine. According to the ancient Chinese doctors, vertigo is caused either by an excess condition, in the form of phlegm, or a state of depletion that causes a sensation of emptiness or movement in your head.

When we talk about phlegm (if you ever talk about phlegm at all) most of us think of it as something that accumulates and congests your lungs or that clogs your nose and sinuses. Most common symptoms of phlegm include coughing, pneumonia, bronchitis, sinus infections, and upper respiratory infections. However in Chinese medicine there is also something called invisible phlegm, which can also cause symptoms, such as asthma, nausea, and vertigo. Phlegm is considered to be an accumulation—too much of something you don’t really want. Beyond the obvious symptoms of phlegm, the invisible kind causes vertigo by clogging up your head and obstructing clarity.

Your vertigo may also be caused by being depleted in some way, and there are actually a couple of different substances in your body that might become depleted enough to cause vertigo. The first has to do with the concept of Yin and Yang. In your body, Yang acts like a warming and active pilot light that fuels bodily functions, keeps you warm, and moves gently upward. In contrast, Yin acts like a nourishing coolant that is moistening, substantial, and keeps Yang in check. When the cooling and nourishing properties of Yin become depleted, Yang may rise upward quickly like a radiator overheating and cause vertigo. Other symptoms that indicate this kind of depletion include a sensation of heat, red eyes, night sweats, headaches, and tinnitus. In addition, you may find that your symptoms are worse when you become stressed out or angry.

Another kind of depletion that can cause vertigo is one of energy and blood. Your dizziness symptoms arise out of a deficiency of energy and blood that needs to rise upward and nourish your brain. If this is the case, you will feel fatigued, your dizziness isn’t too severe, but is exacerbated by any kind of exertion. Beyond fatigue, you may experience heart palpitations, a pale complexion, and insomnia.

A third kind of depletion is deeper and affects your body at its core. This is a depletion of Essence, which is similar to your body’s physical foundation. Your Essence determines not only your body constitution, but also how healthy you will be over the course of your lifetime, and how well you will age. A depletion of Essence can cause vertigo, and may be accompanied by a weak and achy lower back and/or knees, tinnitus, hearing loss, memory loss, and deep and debilitating fatigue.

The good news is that in many cases, Chinese medicine can help with vertigo symptoms, depending on the cause. Your practitioner will make a complete assessment and diagnosis of the source of your dizziness symptoms and likely combine acupuncture, Chinese herbs, food therapy, lots of rest and other lifestyle tweaks to help relieve your symptoms. In general it tends to be easier to deal with an accumulation, like phlegm, than it is to treat a depletion—mostly because coming back from a state of being depleted takes a great deal of time and care.

If you are having symptoms of vertigo or dizziness, there are a few things that you can do that might help, including: 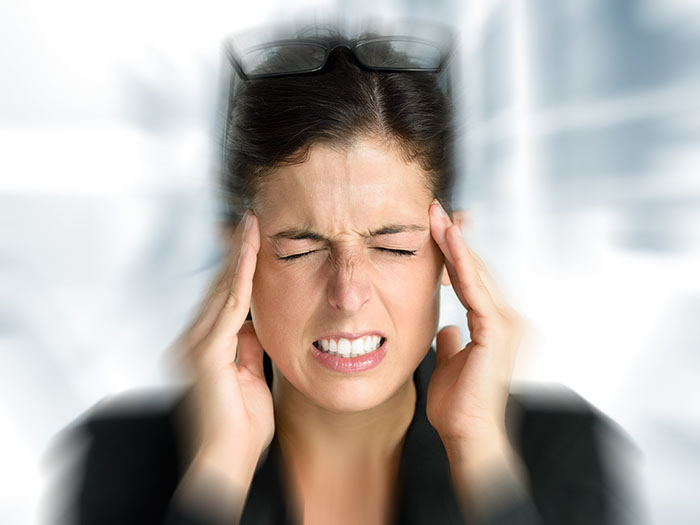